Ex-Nigerian International, and former captain of Super Eagles, Joseph Yobo, has reacted to reports that have been making the rounds for some days that he had signed for the Nigerian Professional Football League (NPLF) club, Kano Pillars.

The reports stated that he signed for the club to encourage the development of and raise awareness  for the NPFL.

One report had stated that the former Everton defender was missing in action in Kano Pillars’ last game against Shooting Stars FC (3SC) of Ibadan.

Yobo said on Twitter: “I read that I was missing in action last weekend. I have not signed for Kano pillars or any NPFL club”. 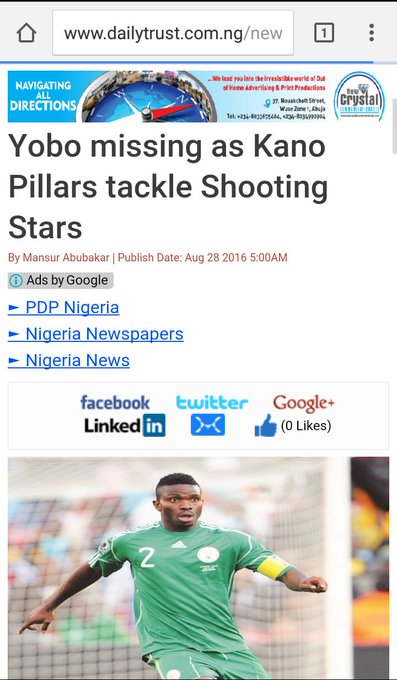 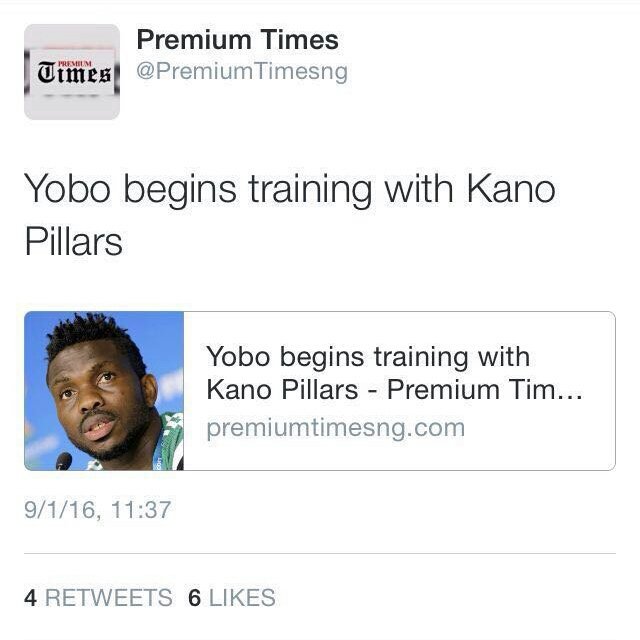 I read that I was missing in action last weekend. I have not signed for Kano pillars or any NPFL club.